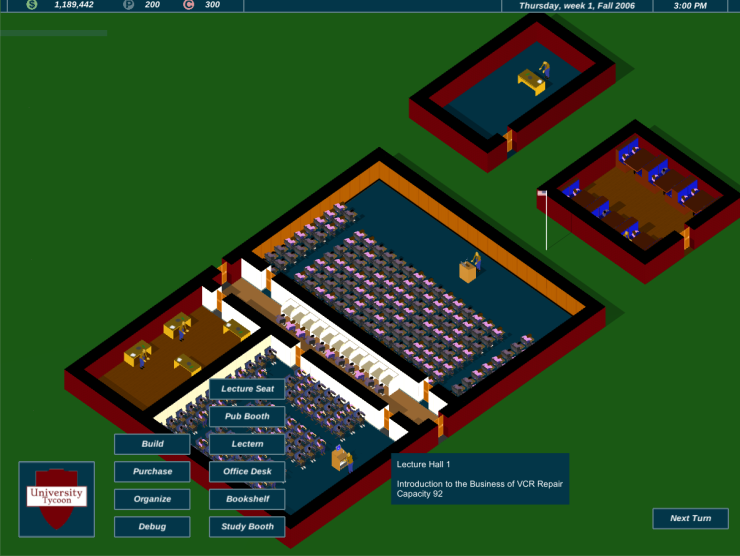 University Tycoon is an unfinished satirical simulation game in which you run a university in pursuit of the most important thing the academy produces - money.

View the source on Bitbucket.

I worked on it for about a year and a half before I finally admitted to myself that I couldn’t “find the fun” in the idea. It’s very functional and I learned a lot while putting it together, but it simply wasn’t compelling to sit down and play. Against all advice I’ve made it open-source as a sort of showcase of my programming skills. 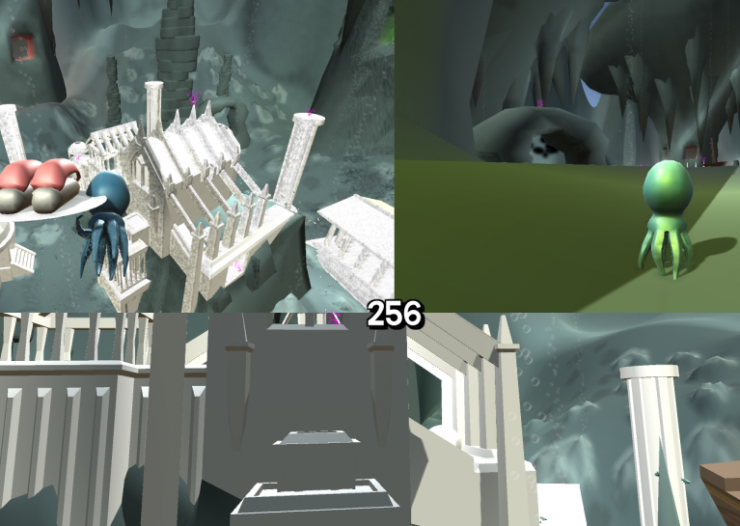 Atlantis is the game that I participated in making for the 2017 Global Game Jam. It’s a couch-multiplayer undersea collection race.

Atlantis is a local multiplayer collection race. Up to four players each control octopuses competing to collect the most sushi from the underwater ruins of Atlantis within the time limit. I joined a team of strangers to create it in 48 hours for the 2017 Global Game Jam. The theme of the jam this year was “waves”, which inspired us to make a local multiplayer racing game where players could affect each other using the wakes left behind themselves. The wake concept was eventually dropped, but what was left was a very nifty-looking and fully-functional undersea exploration game. In addition to hunting for and collecting the plates of sushi, players can also steal plates from each other, or let out a jet of ink to confuse attackers.

Besides me, these folks were involved: 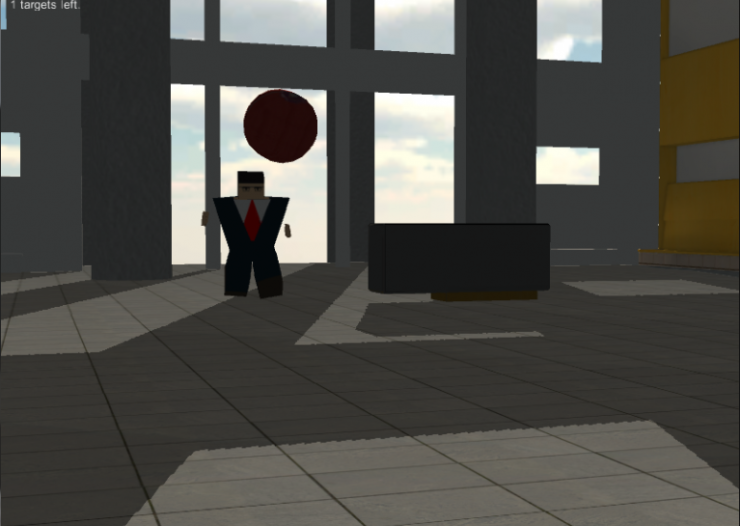 Dodgeball of the Dead

I helped make Dodgeball of the Dead during Global Game Jam 2014. It’s a subjective online first-person shooter with dodgeballs and ghosts.

Dodgeball of the Dead is a multiplayer shooter that gives the player a second shot at life. The theme of the 2014 Global Game Jam was a quote: “we don’t see things as they are, we see them as we are.” Our team was inspired by this to create a subjective first-person shooter.

When you hit another player with a dodgeball, from your perspective, they die. From their perspective, however, they are merely disoriented for a moment, and then continue as normal. To you, they are now a ghost; you can’t see them, but they can “haunt” you by continuing to launch dodgeballs from beyond the grave. The winner is the first player to turn all other players into ghosts.

As released, the game only supports LAN play. The host must run the “TNServer.exe” from the Server folder; if Windows asks for network permissions to run it, allow it, and then close and re-open TNServer. The window that appears will tell you the port and IP address after a few seconds. Each player can then open the game and plug the port and IP address in.

The other team members were Jay Tsai, blengineer, grayson, and Wellan.